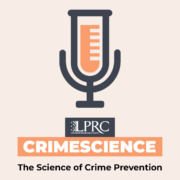 He has published over 400 peer-reviewed articles in the areas of criminal careers, crime prevention, criminological theory, and quantitative research methods, and has collaborated on several books. His work has been cited over 44,000 times and he has been ranked as the #1 criminologist in the world since 1996 in terms of scholarly publications in elite criminology/criminal justice journals. His research has also been featured in several national and international television and newspapers including: The New York Times, Reuters, CNN, The Los Angeles Times, The New Yorker, Wall Street Journal, USA Today, Miami Herald, The Huffington Post, The Atlantic, Pacific Standard Magazine, and the Dallas Morning News, and he is a part of the contributor’s network for The Huffington News and the Dallas Morning News.

Dr. Piquero has given congressional testimony on evidence-based crime prevention practices and has provided counsel and support to several local, state, national, and international criminal justice agencies, including various police and correctional agencies.

During this episode of CrimeScience, Dr. Alex Piquero and the team discuss the impact of COVID-19 on crime trends and what the retail community should keep in mind when assessing their 2020 crime data. Additionally, they discuss the role that retail leaders can play in working with community leaders to enforce change.